The funeral of my best friend

Today I attended the funeral of my beautiful, brave, incredible friend Bev Gifford.
She was 32 and she’d been battling with Cystic Fibrosis. Young people’s funerals are always the hardest to bear but when that young woman happens to be a massive part of your life, and that part of your life is snatched away, something in you changes for good.

I guess the sadness you feel is sadness for so many things:
Sad for her, for the life she never got to live in full and regret for not being there more (no matter how much you were there).
Sad for your own loss, the loss of those daily texts she would send to you.
Sadness for not only the loss of future times you’d have spent together doing DVD horror nights like you always used to but sadness because your memoires seem to have faded on the times you did those things.
And sad for 100 others reasons that you can’t even put into words.

The change in me that has occurred with Bev dying is a change I want to voice creatively. Since her death 10 days ago I’ve put a name to photographic project that has been in the pipeline for a while and I now want to dedicate it to Bev.

My project involves a series of photographic portraits of people with Cystic Fibrosis (CF). My aim with the project is to produce images of my amazing CF friends; portraits that show who they are, their characters and style to show how they are real people given the label of CF sufferer and not a CF sufferer before a real person.

I myself have Cystic Fibrosis, I was just lucky enough to get a transplant which has given me a second chance at life that I’ve been amazingly lucky to get. I don’t know yet if I will include myself in the collection of portraits but we will see.

(You will see that all of the people who appear in these images have made the decision to ignore hospital protocol not to mix with other CF adults- these protocols were put in place to avoid risk of cross infection occurring between patients who often have different kinds of bugs in their chest. We were all mixing before those rules came into force and due to instances of cross infection episodes occurring between CF patients being so slim, we as adults have made the decision to see each other as friends outside of hospital parameters. I personally wouldn’t be here if it wasn’t for the love and support I got from all my CF friends when I was seriously ill waiting for my transplant.)

I have two portraits that I have already taken, the first is of my lovely friend Ross. We met about 7 years ago at the Papworth CF unit.

The second portrait is my friend Mark Prosser one of the guys I’ve known longest.

One of the things linking the shots, which will link the rest of the images, are the T shirts the sitters wear. I have asked the next batch of sitters to appear in T shirt they love, that says something about them. 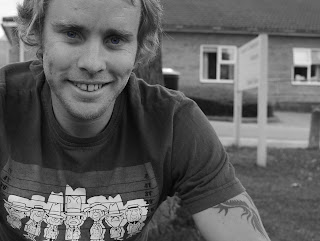 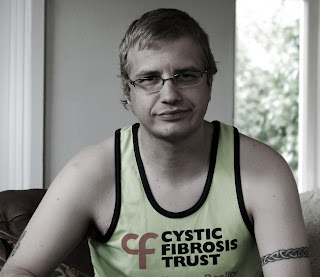 The last couple of days I've been in photoshop mode. Sadly I have absolutely no skills in this department aside from the basics that most pre school kids already have, even the digital imaging classes I did taught me very little as I rushed to get the tasks done and didn't really take it bored. However I'm determined to get better and I feel that 2009 is not going to be year of the Ox but instead it will be my year of photoshop. Having said that I'm getting along with my limited knowledge for now, take a look at some images I've been having fun with. The first is called 'The Protest' and is my gorgeous dog Mia who I miss so much. Here I've just done simple colour changes: 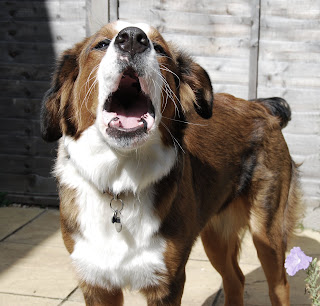 The second two are my favourites. I spent a whole night on this and I need to show you before and after so you can see what i've done. This image i was taken in egypt, I called it 'Walking, working'. the image on the left is my final version the one on the right is what it looked like: 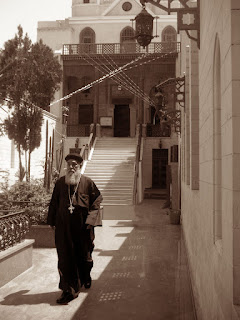 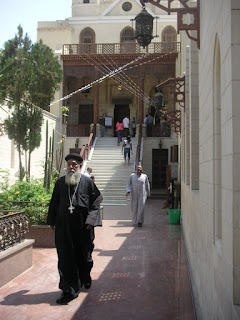 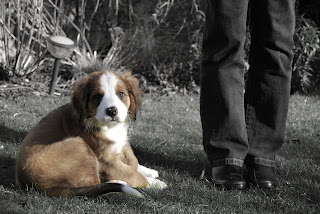 Well here begins my blog. It's been a while since the last time I did any kind of blogging and if I'm honest I’d much rather be doing a travel blog again. I kept up my travel blog throughout my travels of Africa, Asia, Australia, New Zealand and the other far flung places I had the privilege of going to. They were the best days of my life. This time I feel my blogging will seem a little tame compared to those days but it serves a purpose nun the less.

This, I’m hoping, will be the added motivation I need to keep up with my own personal photography projects outside of my degree course. Seeing others from my year producing and upload works that are fab will no doubt inspire me to get my finger out and do the same. So thanks Andy for laying down the challenge to get my ass on here.